In March China announced Blue Sky 2018. Aimed at enforcing import restrictions and eliminating scrap imports, it continues the transformation launched by Green Fence and National Sword. As a result, recycling rates continue to decline in California and the United States. With the instability of international markets for recyclable materials, California’s exported recyclables have decreased by almost 2 million tons, or about 11 percent, in the last three years. California’s recycling rate in 2017 was 42 percent, which is a continuation of the recycling rate decline since the peak of 50 percent in 2014.

The state’s waste management system is facing major challenges. Residents and businesses are generating and disposing of more material every year; 2017 marked the fifth consecutive year of disposal rate increases. International markets are no longer a viable strategy for recycling. The current lack of infrastructure for domestic manufacturing of recycled materials is limited and crucial to California meeting its 75 percent statewide recycling goal. 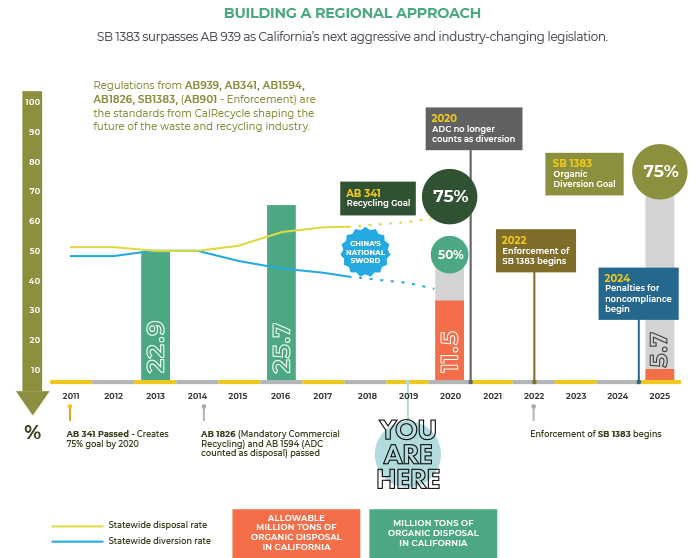